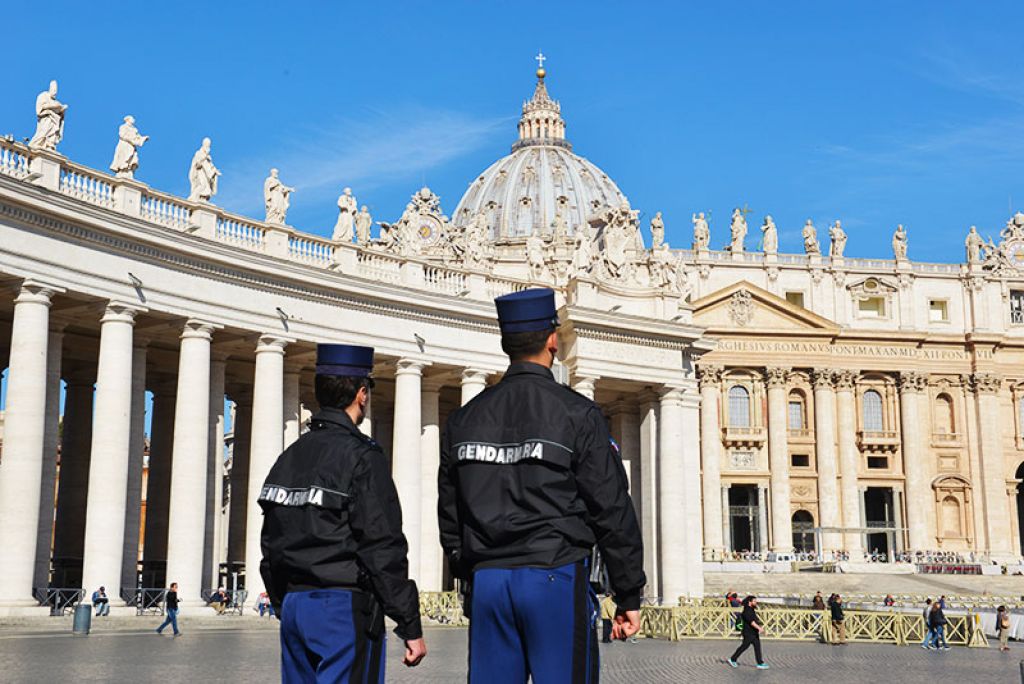 As a result of these measures, a Central Security Office was established under the Governorate of Vatican City State. In addition to being charged with overall responsibility for security and the enforcement of laws, regulations and ordinances, this Office was given responsibility for providing police protection for all persons and buildings within the city-state, as well as for crime prevention and investigation and for traffic control.

A law (n. CLXVIII) approved on 25 March 1991 partially modified the law (n. LXVIII) of 15 December 1970 by changing the name of the Central Security Office to that of  the Security Corps of Vatican City State.

A further modification was introduced with a law (n. CCCLXXIV) enacted on 2 January 2002, changing the name to the Corps of Gendarmes of Vatican City State.

Finally, on 16 July 2002 His Holiness Pope John Paul II issued a new law (n. CCCLXXXIV) concerning the Government of Vatican City State that established a Directorate for Security Services and Civil Defence, which is headed by the Chiefs of the Corps of Gendarmes and of the Fire Brigade. This law assigns to the Corps of Gendarmes general responsibility for security and public order which encompasses all regular police duties, including border control, crime prevention and investigation, and enforcement of financial and commercial regulations.

At this time the Corps of Gendarmes is composed of 130 members.