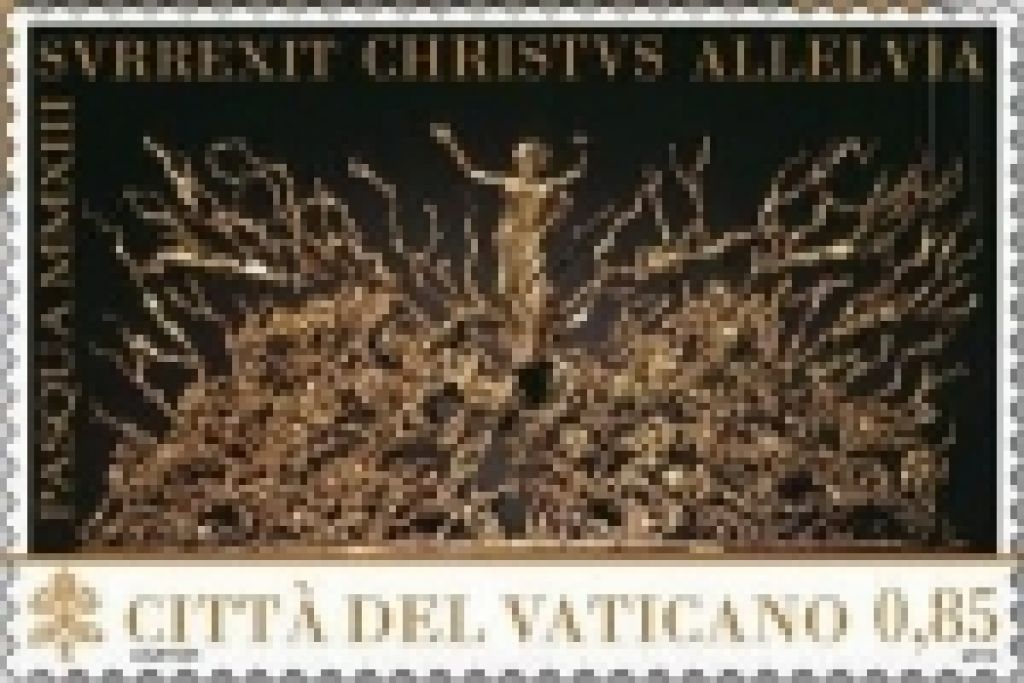 Vatican City mints its own coins and issues its own postage stamps.

By reason of a monetary Convention with Italy, which acted on behalf of the European Community on December 29th 2000, Vatican coins (with the exception of gold and silver coins) are legal tender throughout Italy and the rest of the European Union.
This Convention gave Vatican City State the right to use the Euro as its official currency, starting on January 1st 1999. Vatican City State enacted the appropriate legislation (n.CCCLVII) on July 26th 2001.The Vatican has an agreement with the Italian State mint (the Istituto Poligrafico e Zecca dello Stato) to mint its coinage up to a maximum of one million Euro per year.
In 1996, looking ahead to the Jubilee Year 2000, the Vatican began minting gold coins again. They had been issued regularly each year from 1929 until 1959. Since the Jubilee Year new gold coins have been issued annually.
The issue of postage stamps is not subject to special limitations, except those established by postage service agreements with Italy and those contained in international conventions, to which Vatican City State adheres.