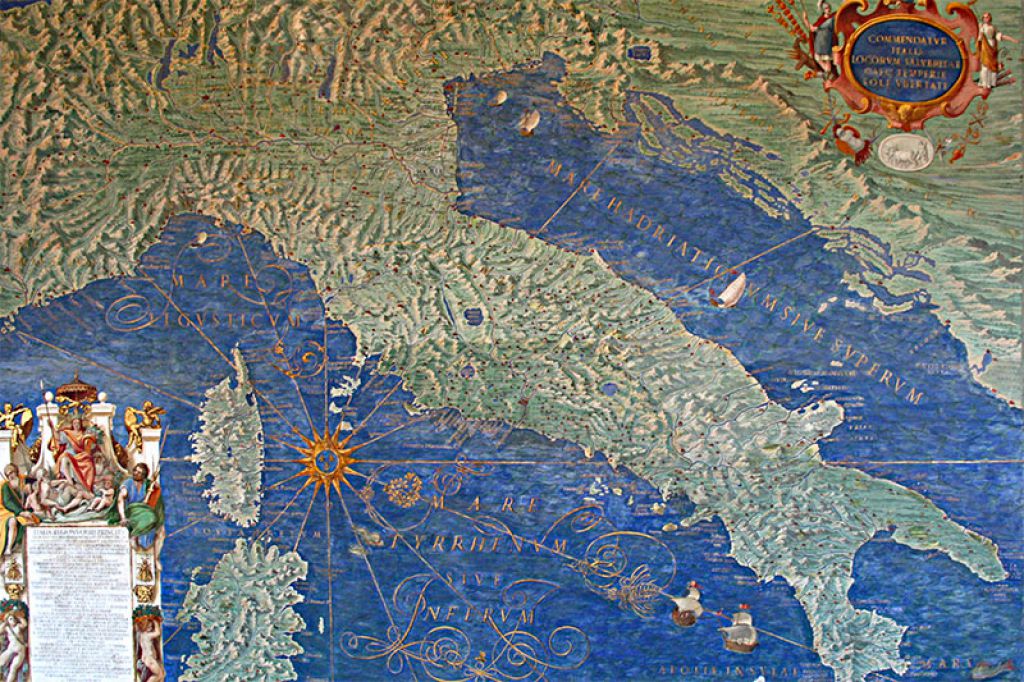 Vatican City lies just beyond the right bank of the Tiber River on a slight rise, part of the ancient Montes Vaticani (the Vatican Hill), on which several villas were built in pre-Christian times.

The Roman Emperor Caligula (37-41AD) had a private circus built here. It appears that many Christians living in Rome during the reign of the Emperor Nero (54-68AD) were martyred in this circus and in the adjoining gardens.

St Peter was buried to the north of the circus, in a necropolis that lay beside a secondary road. Between 324 and 326 AD, the Emperor Constantine built a magnificent basilica over the burial site. It was replaced by the present Basilica between the 16th and 17th centuries.

Vatican City covers a territory of 0.44 square kilometres, that is 44 hectares (roughly 100 acres). It is partly surrounded by walls and stretches into St Peter’s Square as far as a strip of travertine stone that corresponds with the furthest end of the colonnade. This marks the boundary of the State and the edge of the Square which is normally open to everyone. Even though it is part of Vatican City, the Square is usually patrolled by members of the Italian Police Force.

There are five entrances to Vatican City, each of them guarded by the Pontifical Swiss Guards and by the Gendarmes Corps of Vatican City State. The entrance to the Vatican Museums is on Viale Vaticano, not far from Piazza del Risorgimento.

Because Vatican City is so small, several Departments and offices belonging to the Holy See are situated in buildings around Rome (in Piazza Pio XII, Via della Conciliazione, Piazza San Calisto, Piazza della Cancelleria and in Piazza di Spagna). According to the Lateran Treaty, these buildings enjoy the same status, recognized by international law, as embassies and foreign diplomatic missions abroad.

The areas occupied by these buildings are commonly known as “extraterritorial”.