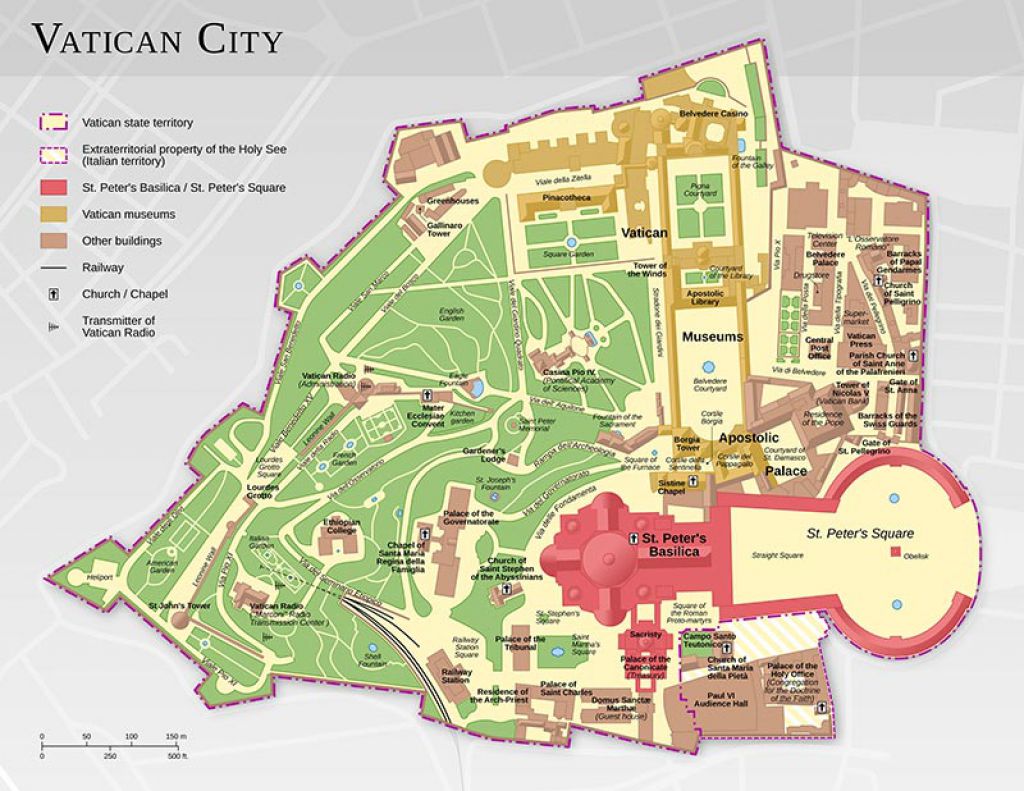 Vatican City State was founded following the signing of the Lateran Pacts between the Holy See and Italy on February 11th 1929. These were ratified on June 7th 1929. Its nature as a sovereign State distinct from the Holy See is universally recognized under international law.
The Catholic Church carries out its mission of announcing the truth of the Gospel for the salvation of all humanity and in the service of peace and justice in favour of all peoples, both through the various specific and local Churches spread throughout the world, as well as through its central government. This is made up of the Pope and the Departments that assist him in carrying out his responsibilities towards the universal Church (identified as the Apostolic See or Holy See). The Pope lives in Vatican City where several of the aforementioned Departments are to be found. Vatican City State has the singular characteristic of being an instrument of the independence of the Holy See, and of the Catholic Church, from any earthly power. In a way, it is a sign of the Church’s supernatural character insofar as the structures of Vatican City are reduced to the minimum necessary to guarantee its functions.