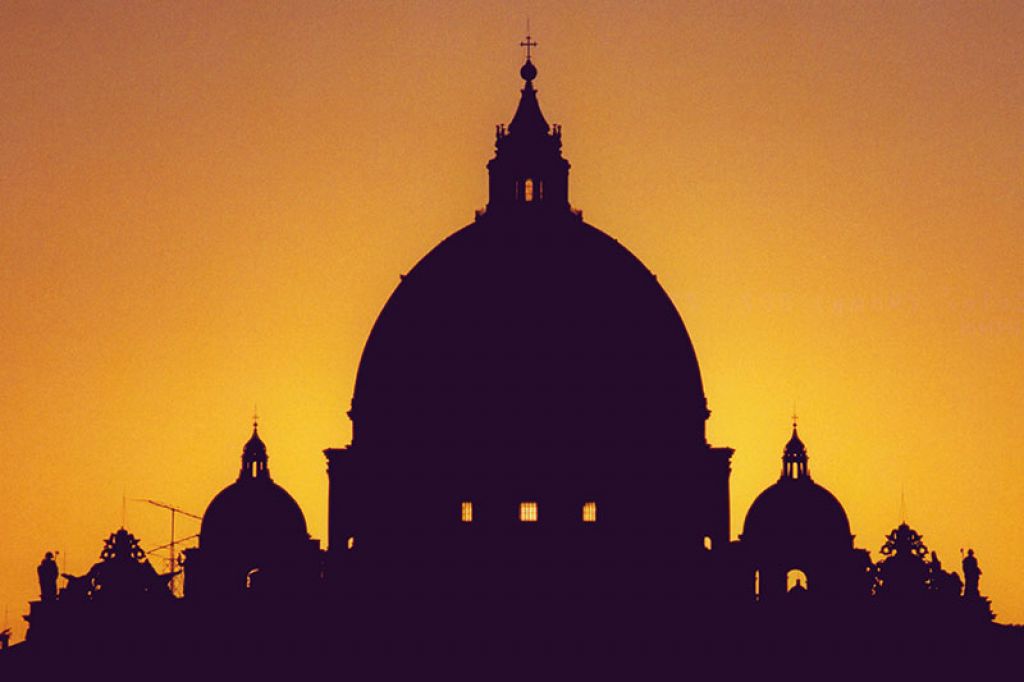 The term Vatican was used in ancient times to identify the marshy area on the right bank of the Tiber River, between the Milvio Bridge and the present Sixtus Bridge. During the monarchy and the republican age, the area was known as Ager Vaticanus. It extended northwards as far as the mouth of the Cremera and southwards at least as far as the Janiculum. In the Imperial age, from the 2nd century A.D., the toponym Vaticanum was applied to an area corresponding roughly to the present Vatican City State. During the Roman period, the area outside the city of Rome was reclaimed. In addition, many villas, Agrippina’s gardens, Emperor Caligula's (37-41 A.D.) mother's house and a wide necropolis were built along the main roads. In his mother’s gardens, Caligula built a small circus to let the charioteers train (Gaianum), which was later restored by Nero (54-68 A.D.). Tradition has it that Peter suffered martyrdom there in the great Christian persecution ordered by Nero in 64 A.D. Various tombs have been dug along Via Trionfale, the street which leads northwards from St Peter’s Square to Monte Mario, while along Via Cornelia, which led westwards, the necropolis with the tomb of the apostle Peter is located. The presence of Peter represents the topographic centre of the area insofar as it has always ranked among the most significant destinations for Christian pilgrims. Many Christians, led by their desire to be near St Peter, wished to be buried near his tomb. The necropolis was covered over during the building of the basilica dedicated to the Apostle, which was commissioned by Emperor Constantine (306-337 A.D.). This building determined the later development of the area.

After formally recognizing the Christian religion with the Edict of Milan in 313 A.D., Emperor Constantine started construction of a great church around 324. The church had a nave and four aisles, a transept and an apse, at the centre of which the tomb of Peter was placed. Stairs and a four-sided portico for the non-baptized completed the structure. In the meantime Nero’s circus was gradually falling into ruin, partly because many of its stones were used to build the new church, which was rapidly becoming a new attraction in Rome. Some years later, in memory of Peter, Leo IV (847-855) built the first walls of the "civitas" which derived its name "Leonina" from him and which became the spiritual centre of medieval and renaissance Rome. Although the popes resided in the Lateran Palace during the Middle Ages, some buildings were built at that time in the area near St Peter’s. The first of these was constructed under the pontificates of Eugene III (1145-1153) and Innocent III (1198-1216). These were  then enlarged in the late 12th-early 13th century when the Leonine Walls were also restored. In 1309 the papal court was moved to Avignon. Rome and St Peter’s were abandoned for over a century. Although the popes returned to Rome in 1377, another fifty years passed before the city regained its former lustre. The possibility of completely rebuilding St Peter’s was first broached in the mid-15th century. Pope Nicholas V (1447-1455) had the architect Bernardo Rossellino draw up plans for enlarging the Basilica, adding on an apse more prominent than the Constantinian one. The project had to be abandoned a few years later, when the Turks started to advance and Constantinople fell. Between 1477 and 1480 Pope Sixtus IV (1471-1492) started building a great chapel, named "Sistina" after him, decorated with frescoes painted by the major Italian painters of the time. It was inaugurated on 15th August 1483. Great changes were introduced by Julius II (1503-1513), who radically transformed the small city. He started to pull down the Constantinian basilica, began work on the new Saint Peter’s, and built the famous Belvedere Courtyard. His intention was to connect the small Palace of Belvedere, which was constructed by his predecessor Innocent VIII (1484-1492) and which stood to the north of the courtyard, with the cluster of medieval buildings to the south. Pope Julius also summoned Raphael and Michelangelo to Rome, asking them, respectively, to fresco the papal apartments and the Sistine Chapel. Work continued throughout the century. After various initial difficulties were overcome, the Basilica of Saint Peter was planned and built by Michelangelo (mid-16th century). Giacomo Della Porta then covered the area of the basilica  with a magnificent "vaulted" dome. Early in the 17th century the church was enlarged by Maderno, who added two bays to the longitudinal section. Bernini completed it in mid-century, designing the splendid square which was enclosed by two hemicycles of four rows of columns. These gave the square the present baroque appearance, and connected this place of prayer to the rest of the city.