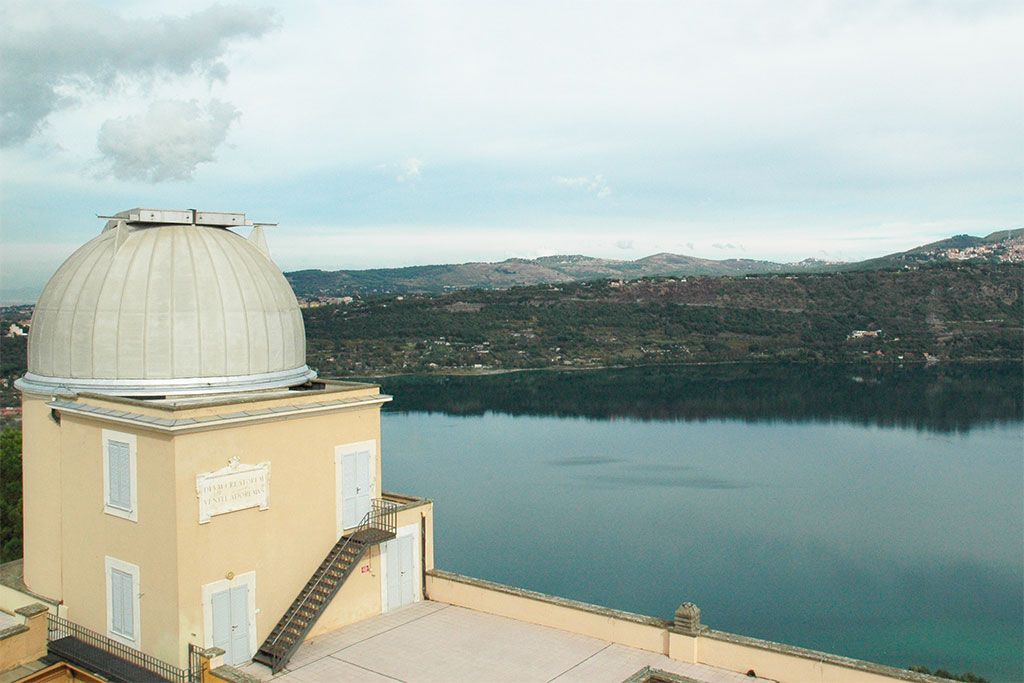 The Vatican Observatory is a scientific research institute of the Holy See subject to the Governorate of Vatican City State.

The Observatory is one of the oldest astronomical institutes in the world. Papal interest in astronomy can be traced to Pope Gregory XIII who had the Tower of the Winds built in the Vatican in 1578 and later called on Jesuit astronomers and mathematicians to study the scientific data and implications involved in the reform of the calendar which occurred in 1582. From that time and with some degree of continuity the Holy See has manifested an interest in and support for astronomical research.  These early traditions of the Observatory reached their climax in the mid-nineteenth century with research conducted at the Roman College by the famous Jesuit, Father Angelo Secchi, the first to classify stars according to their spectra. With these rich traditions as a basis and in order to counteract the longstanding accusations of hostility of the Church towards science, Pope Leo XIII in his Motu Proprio Ut Mysticam of 14 March 1891 formally refounded the Vatican Observatory and located it on a hillside behind the dome of St. Peter’s Basilica.

Several religious orders contributed personnel and directors to the Observatory, including Barnabites, Oratorians, Augustinians, and Jesuits. For a little more than four decades astronomical research was carried out, including a prominent international program to map the whole sky. In 1910 Saint Pius X gave the Observatory a new and larger space at a villa built in the Vatican Gardens by Leo XIII. He appointed Jesuit Father Johannes Hagen as Director. However, at the beginning of the 1930s, it eventually became obvious that the urban growth of the Eternal City was brightening the sky to such an extent that the fainter stars could no longer be studied. Thus it was that Pope Pius XI provided a new location for the Observatory at the Papal Summer Residence at Castel Gandolfo in the Alban Hills some 35 kilometres southeast of Rome. It is here that the modern observatory, entrusted to the Jesuits, was refounded in the mid-1930s with the construction of three new telescopes, the installation of an astrophysical laboratory for spectrochemical analysis, and the expansion of several important research programs on variable stars. With the installation of a Schmidt wide-angle telescope in 1957 research was extended to other topics such as new techniques for the classification of stars according to their spectra. This is still an active program at the Observatory.

With the continuously increasing population of Rome the skies above the Observatory again became too bright. For this reason in 1981, for the first time in its history, the Observatory founded a second research center, the Vatican Observatory Research Group (VORG), in Tucson, Arizona in the United States, one of the world’s largest and most modern centers for observational astronomy. The Observatory staff have offices at Steward Observatory of the University of Arizona where they also have access to all of the modern telescopes located in the Tucson area.  In 1993 the Observatory, in collaboration with Steward Observatory, completed the construction of the Vatican Advanced Technology Telescope ( VATT ) on Mt. Graham, Arizona, probably the best astronomical site in the continental United States. This is the first optical-infrared telescope of the Mount Graham International Observatory (MGIO), a project which in the coming years will see the construction of some of the world’s most sophisticated and largest telescopes. The VATT has pioneered the new technology of creating large (2 meters in diameter), lightweight, stable mirrors in a rotating furnace. With the VATT in Tucson, the astronomers of the Observatory can finally continue long-term research programs, as done in the past in Castel Gandolfo. Thus from its two centers, located at Castel Gandolfo and at Tucson, the Observatory is continuing various current studies including: cosmological models, spectral classification of particular types of stars, the spread of metal-rich and poor stars, binary stars and exchange of matter, the composition of dark clouds from which new stars are born, particles surrounding young stars and science history. The Observatory carries out these programs in collaboration with many astronomical research institutes in countries including Argentina, Brazil, Canada, Chile, Finland, Italy, Lithuania, South Africa, the United States, and as members of the International Astronomical Union (IAU) and the International Center for Relativistic Astrophysics (ICRA). In 1987 the Observatory in collaboration the Center for Theology and the Natural Sciences in Berkeley, California, began a series of interdisciplinary study seminars bringing together science, philosophy and theology on the theme of divine action from a scientific perspective.

The library at Castel Gandolfo contains more than 22,000 volumes and possesses a valuable collection of rare antique books including works of Copernicus, Galileo, Newton, Kepler, Brahe, Clavius, and Secchi. In addition there is a unique meteorite collection from which a knowledge of the early history of the solar system is being derived. Research results are published in international journals. The Annual Report is distributed to more than 400 institutes around the world. At intervals of about every two years the Observatory hosts either at Castel Gandolfo or at Tucson a scientific meeting with some twenty invited scholars on one of the current studies of the Observatory, and a book is published based on the results of the conference. In 1986 in Castel Gandolfo, the Vatican Observatory organized a month-long Summer School in Astronomy and Astrophysics for 25 students from around the world taught by eminent scholars invited for the occasion. The Summer School took place again in 1988 and since then has become a biennial event in the Observatory’s programs. Researchers working with the Observatory astronomers have also been hosted in Castel Gandolfo for varying periods of time.

Presidency of the Governo…